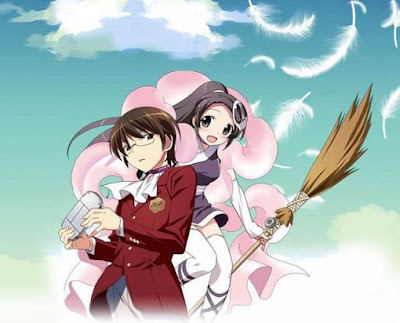 Summary: Keima Katsuragi is an avid galge gamer known at his school as “Otamega” (a derogatory term combining the words Otaku and Megane) and on the internet a “The Capturing God.” One day he receives an e-mail offering him a contract to “capture” girls. He accepts thinking it’s a challenge and a demon from Hell named Elsie appears. She asks for his help in capturing runaway spirits that are hiding in “real” girls. He refuses stating he only likes the girls from the game. She tells him that if he refuses then both of their heads will be cut off. 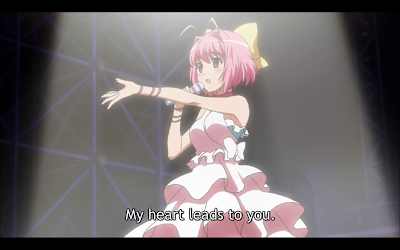 Review:  The World God Only Knows is a meta-anime that, like so many modern anime, dedicates most of its time poking fun at Otakudom. The meta-anime genre has been flooded since the popularity of The Melancholy of Haruhi Suzumiya and The World God Only Knows follows the same patterns of a lot of those wannabes, such as Seitokai no Ichizon, where an Otaku protagonist plays out an Otaku fantasy. Keima, an anti-social dating sim addict, does have an interesting problem laid on top of his character by being forced to interact with real life girls; which adds some charm to what would otherwise be a rehash of elements we’ve seen before. Even with the interesting set up, exploiting the stereotypes is the point of the show and stereotypes are what The World God Only Knows delivers. Keima knows how to handle the woman he encounters because they fit into dating sim molds. These interactions are humorous and work to endear characters to the audience, even the thickheaded protagonist, but the charm begins to wear off as the ironic use of stereotypes work against the show’s overall theme. 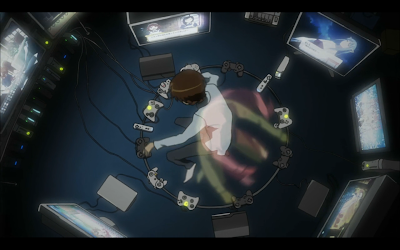 Each girl requires a different strategy, all learned from dealing with fictional women in dating Sims. For example, in order to capture the heart of the famous singer Kanon Nakagawa to open up to him he pretended not to be interested in her music at all. While these tactics work in a game where the path to “winning” a girl’s heart needs to be mapped in a specific direction, applying these rules to the real world give the anime a bit of a shallow tone. When boiled down the strategy seems logical, once the personality of the “target” is learned there are ways to counter it in order to get her interested in him, but the concept is also cold and deeply misogynistic. Individuals will have varied responses to the show, those who accept it as a satire will take it as it is and those who do not may be deeply offended by the portrayal of women. In one respect the structure and themes of the show get a bit disgusting but early on it does establish that the narrative is a vehicle for poking fun at Dating Sims, which inherently contains dry stock female characters who fall in love with the player throughout the game. The scenes of Keima winning over his “targets” are overall harmless and even sweet, taking that meta-element as it was and accepting the rules of the world. A viewer coming to the show with no knowledge of Dating Sims or the tropes associated with the games are going to have a hard time finding any humor in the series and may be lost by the questionable way Keima thinks about women. 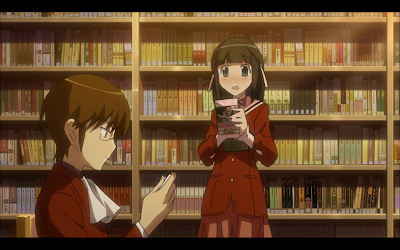 The stories of each individual girl had well-structured arcs and all of the girls were well developed for the genre. However, TWGOK doesn’t break any new ground, by its very nature the plots are nothing more than common themes recycled and dropped into the world of TWGOK. The format does breathe new life into them because Keima is such an uncommon romantic interest and approaches each girl in a shy yet cold, logical style. Keima’s role in this odd sadistic deal is made all the more tragic by the fact that the woman forget their relationship with him after the evil spirit is set free, making him unable to pursue the only relationships he has ever formed in real life. Unfortunately, this aspect of the character isn’t explored in depth, he has just been able to shrug off most of the encounters but there is a sad look in his eyes as he retakes his cold, hard demeanor. Keima seems to be a character that wants to grow beyond the game loving Otaku he is, he just doesn’t know how to live his life any other way.

The one character that really sours “The World God Only Knows” is Elsie, the demon who recruits Keima. She starts off as a vehicle for poking fun of stereotypes in games, namely the little sister stereotype, but what is played for light humor gets run into the ground quickly as Elsie’s worship of Keima becomes more severe and her ineptitude turns all her efforts to impress Keima into depressing failures. Her motivation should be to get the souls and return to hell as quickly as possible but she clings to Keima as if he had some real merit or ability. The worst offense is the one filler episode dedicated to Elise where she spends the entire time attempting to bake a cake for Keima but failing because of an ineptitude that the audience is supposed to find “cute.” The piece shoved everything wrong with Elise’s character and Otaku pandering anime, down the audience’s throat and left me not only annoyed but seething with rage that the episode got passed script editing. 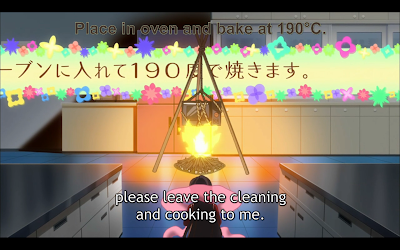 What drags The World God Only Knows down are the one off episodes. In a 13 episodes series there are three painful filler episode and one none-arc episode that passes only because it helps establish characters. The author knows how to play with this world and the characters in the format he created for Keima’s targets, but stepping outside of that the characters lose their appeal. The jokes around Keima being a hardcore gamer work in the regular episodes because they are mixed with the rest of the narrative, but when we get two episodes dedicated to him playing games the joke is stomped to death in the first few minutes and the episode simply become a rehash of those two or three jokes repeated for twenty minutes. These episodes also allow the disgusting misogynistic nature of the series to come out, lacking the charm and quality of the official arcs.

The key to enjoying the series comes down to your own relationship to Otaku fandom. If you are a part of or familiar with Dating Sims and the culture around them you’ll probably love the in-jokes and the way the show plays with the tropes of the genre. But it brings into question the validity of a show like The World God Only Knows. Taken out of context it contains some of the most misogynistic and shallow content I’ve ever seen in an anime. It expands on the underlying problem with meta-anime in a way as to exponentially damage the medium if this show were to fall into the wrong hands. The key to the problem is how to judge the narrative of The World God Only Knows. I’ve been an anime fan for over ten years so I clearly recognize how the show is poking fun at them and in its own way the show is doing some intellectual criticism of Otaku culture. However, if I tried 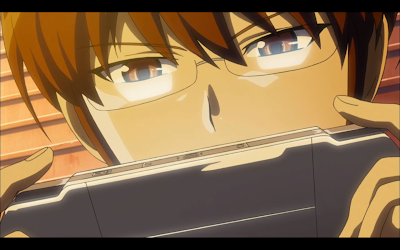 to show this to the average American they would either take the sweet cliché romances at face value or be offended by Keima’s attitude towards women. No one is going to wait around for someone to explain that the reason the clichés are paper thin but they are being used to poke fun at paper thin clichés. I can only end my personal indecision on The World God Only Knows by saying that it was effective at what it set out to do, use Keima and the clichés to create interesting and sweet romantic stories. If a person comes to the show not knowing that the show was parodying the tropes it used, then it would probably be unwatchable for them.

Verdict: The World God Only Knows is, at its core, a humorous meta-anime designed to poke fun at the tropes of dating Sims. By its nature it suffers from a misogynistic overtone that may turn off viewers, but it should be remembered that these elements arise because TWGOKs is criticizing their place in modern Dating Sims and the relationship the modern Otaku has with woman. Elise and the one off gag-episodes drag the quality of the series down but the main episodes offers a good mix of touching romance and humor to make The World God Only Knows an enjoyable watch for most anime fans, but incomprehensible to people unfamiliar with Otaku culture.