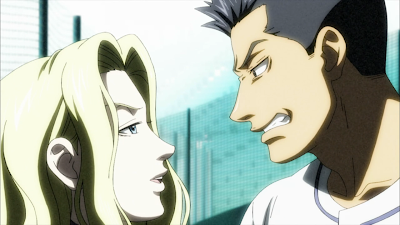 Level E is a welcome throw back to the art style of 90s anime, not surprising considering the manga the show is based on were written in the 90s, but it is refreshing to see Pierrot decided to completely jump into the show and give it a look that matches Yoshihiro Togashi’s art, as opposed to updating it. This quirk visually sets the show apart and the style of humor goes above and beyond what we’re used to in anime comedy. Level E takes place on earth where thousands of aliens come and go as they please. Powerful planets that would otherwise be at war have a mutual understanding to keep the peace while on Earth. The Prince of Dogra crash lands on Earth and ends up with Amnesia. He seeks shelter at the apartment of a high school baseball star. 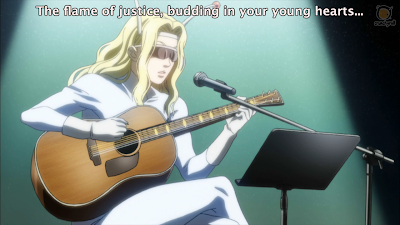 Level E has no central narrative but is a collection of short stories that use the same characters. The original manga was only sixteen captures collected in three volumes, so I can only assume that the anime covers the original material plus some. The goal of the show seems to keep one step ahead by using unreliable and deceptive characters who run circles around each and the audience. Expectations are toyed with for humor and when the show succeeds in fooling you it’s a hilarious and memorable experience that can never be replicated in repeated viewings.

The characters of Level E are all well done but limited by the fact that this is a comedy. Most of the characters, especially Kraft the Prince’s bodyguard, are forced to play a straight man to the Prince’s insane antics, but roles aren’t fixed. Yukitaka, the high school baseball star, plays a straight man; a slapstick partner; and the target of one of the Princes pranks all in one. The supporting characters range from the bland and flat; such as the love struct character who falls for an alien Queen; to the complex and interesting; like Yukitaka’s girlfriend who shows an amazing amount of resourcefulness during the various crisis’ the Prince puts them through. 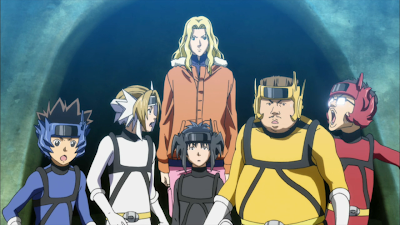 There is no recognizable formula behind the series, it simply flows and does what it wants to narratively at any given time. At times it tells a serious story about intergalactic politics and at others the Prince amuses himself by tormenting some elementary school kids. While the Prince has a talent for tormenting characters and tossing them into hilariously dangerous situations the real chemistry of the series comes between Yukitaka and the Prince. The show is best when the pair is together and able to play off each other. During the majority of the series the Prince is able to run amok without an equal to counter his confidence and lack of empathy, Yukitaka is a balancing element that keeps the Prince in check. The Prince without Yukitaka is enjoyable but quickly falls from charming to cruel and unwieldy. Yukitaka makes the Prince’s antics seem like the pranks of a small child as opposed to a cruel practical joker with the resources of a powerful interstellar empire at his command. The final two episodes are especially good because of the shows ability to trick the audience. Suddenly, the practical jokes of the Prince disappear and he has to deal with actual terrorists. Tossing a serious plot into a comedy show can often be irreparably damaging but Level E manages to slowly slip into it and crafts an exciting and suspenseful ending. 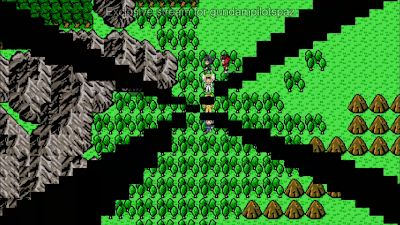 The longest and most involved arc features the aforementioned elementary school kids and it’s where Level E’s age appears as a double edged sword. The references and jokes are all fifteen years old and while I appreciated them someone ten years my junior might not. The Prince gives a group of elementary school boys Super Sentai uniforms, toys from an alien world, and refuses to remove their ability to transform until they solve a series of puzzles. Ultimately that leads them to an “RPG planet” where tropes of classic 16-bit Japanese Role Playing games and fantasy novels are lampooned. Being a large fan of those games and having grown up on Power Rangers (Sentai’s American counterpart) I was rolling with laughter and drunk with nostalgia during those episodes. How those episodes will fall on a younger audience, which constitutes the majority of the fandom, I can’t say. Those games and Power Rangers still exist so perhaps the jokes have more of a transcendent quality than I’m giving them credit.

The art of the series is a welcome throwback to the mid-1990s. Lifted whole cloth from Togashi’s manga it offers a welcome break from the dozens of Moe shows that appear each season. The character designs are simple but varied enough so no two characters look the same, the dead eyed Dicksonians and their godfather like leader bare far different characteristics from humans and other aliens who have decided to inhabit the earth making it simple to deduce which faction a person belongs to with a quick glance. The aliens mostly look exactly like humans, which is exploited for visual humor where the show plays with audience expectations on how aliens should appear. You’ll be greeted with a monstrous insect alien only to have it unzip itself and reveal a normal looking human being. 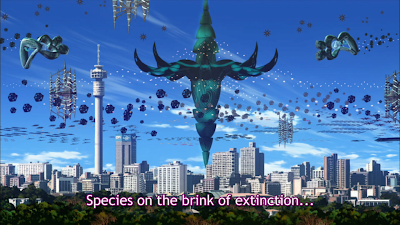 Level E is a welcome throw back to the 1990s and offers some hilarious character humor, parody of some classic Japanese Pop culture, and a narrative that plays with the audience. It is unique in its ability to switch back and forth between serious Science Fiction and humor seamlessly. However, the humor is dependent on knowledge of tropes from Super Sentai (Power Rangers) and classic Fantasy JRPGs, which may go over the head of young anime fans. The Prince, as a character, is significantly weaker when not paired with Yukitaka, which unfortunately is the majority of the show. Even with its failings, Level E is must watch for long time Anime and Science Fiction fans.