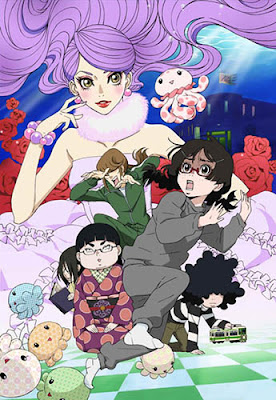 Director Takahiro Omori, perhaps most famous for his adaptations of Ryohgo Narita’s light novels, does a 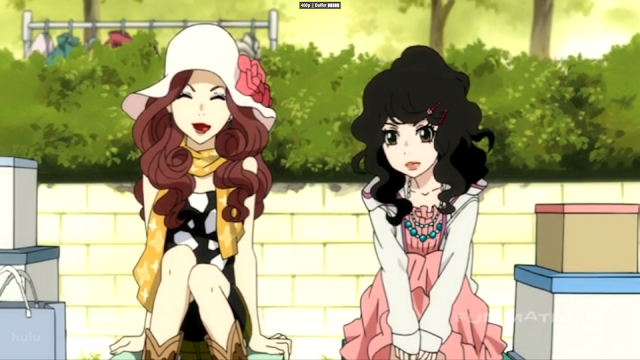 complete 180 and takes on the Josei title “Princess Jellyfish”. Filled with fantastic characters and a touching love story, Princess Jellyfish is an adult romance in a medium far too crowded with High School dramas. Princess Jellyfish focuses on Amamizukan, an apartment building in Tokyo filled with female Otaku. Tsukimi Kurashita has moved to the city to become an illustrator, but she is held back by a fear of social interaction and attractive people, labeled: “The Stylish.” Until a beautiful cross dressing stylish helps save a beloved Jellyfish from improper care.

Princess Jellyfish is able to balance characters between the cosmically tragic and hilariously awkward. The tenants of Amaizukan are reminiscent of the standard Otaku NEET normally seen in anime but showing them as young women is new and adds an interesting twist to the pathetic Otaku stereotype. Like most NEETs portrayed in anime the woman of Amamizukan celebrate their status as NEETs rather than work to improve their situation. The obsessions the women here aren’t the anime or computer geeks typically seen in anime, but each girl has a unique obsession that characterizes them and is the source of the humor in the show. Chieko is obsessed with traditional Japanese clothing and collects dolls; which she calls her children; Mayaya is obsessed with Romance of the Three Kingdoms and constantly makes allusions to the novels, Banba is obsessed with Trains and has rail lines and schedules memorized, and Jiji is obsessed with older men. Their obsessions are executed at the most awkward of times, fueling much of the humor in the series. 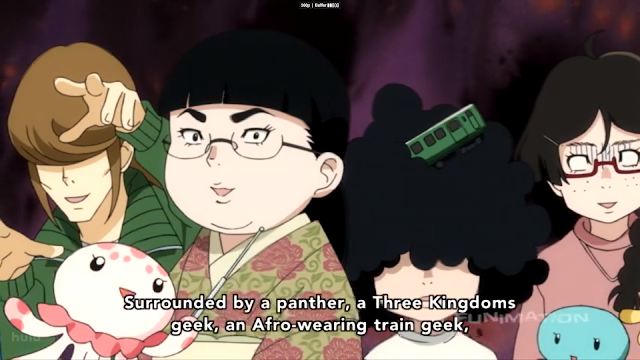 Tsukimi and Kuranosuke receive the vast majority of development in this rather short series. Tsukimi is a rather tragic character; her awkwardness during social interactions holds her back from achieving what she came to Tokyo to do, become an illustrator. She fell in a rut by living in Amamizukan with girls who are just as terrified of the outside world as she is and the group formed a bubble that they believed they could live in forever without any interference from the outside world. The first time that bubble is penetrated is when Kuranosuke forces his way into Tsukimi’s life. Kuranosuke is both the complete opposite of the residents of Amamizukan and strikingly similar, he has drive and opportunity but chooses not to pursue the opportunity given to him by his political family. He cross dresses to keep out of political life and in doing so crafts his own way in the world. These two characters are amazingly complex and the show explores their individual uncertainties and potential almost effortlessly. Their lives are weaved together by similar backgrounds but they are kept apart because of completely opposite personalities, which makes their relationship all the more complicated and interesting. Nothing bores me more than a romance between two beautiful people who fall in love, the relationship of Tsukimi and Kuranosuke has layers that keep them apart, the core of the relationship being that they are characters who carry deep emotional scars and have had difficulty relating to others. 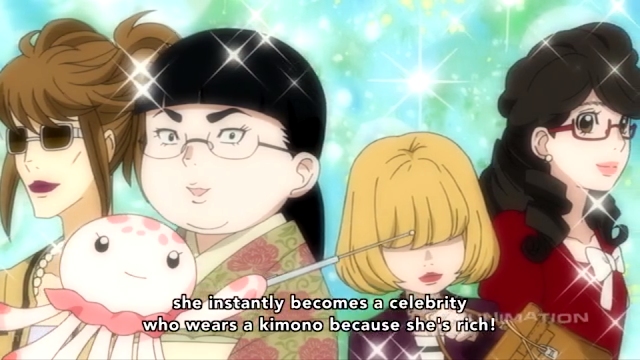 That bubble has the potential to be popped by the government’s plan to redevelop the area into expensive apartment and office buildings. Kuranosuke, being the son of a political family, has the experience and skills necessary to lead Amaizukan into battle. This is the chief conflict in the narrative, and although it sounds like a story that has been done to death the fact that the characters defending their home are all socially inept, Otaku, NEETs adds a new element to an otherwise played out plot. The group has trouble even appearing at the town hall meeting to discuss plans for redevelopment because the beauty of the woman who is in charge of redevelopment terrifies them, on top of the general fear of appearing in public and attempting to speak in front of a large group of people.

The theme that plays out in the series is that of appearances. One’s appearance does not express who they are, but most people will be turned away by someone dressed in an unfamiliar way. So the Amamizukan girls are scared of people who care about their appearance because it’s foreign to them, but their lack of style creates yet another barrier from the world. Princess Jellyfish explores these individual barriers that people erect, but it doesn’t judge any of individual people behind them. If anything, it champions individuality and passion while at the same time criticizing allowing those passions to consume one’s life. It’s a complicated and unique character building technique. When Kuranosuke appears for the first time out of drag it is momentous, and marks the first time he symbolically admits his feelings for Tsukimi, even if he can’t bring himself to articulate it in words. 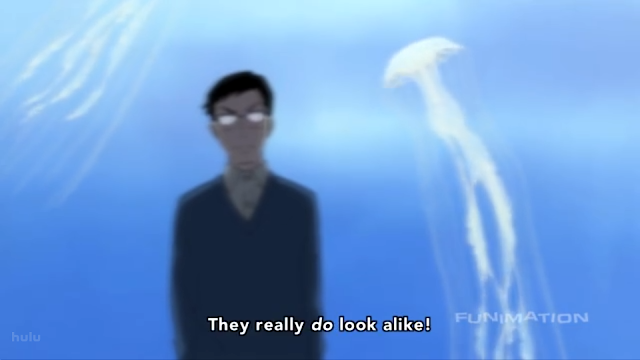 There is a subplot around Kuranosuke’s brother, Shu, who has lived his entire life following in his Father’s footsteps. He has had such a strict and ridged preparation for a life in politics that he has never even been with a woman, and when Shoko; the developer who wants to destroy Amamizukan; tries manipulate him so she can get the plan passed he doesn’t know how to respond beyond a complete mental breakdown. Again, Princess Jellyfish is playing with opposites and building romantic relationships with characters that are seemingly incompatible. Sho does things by the book and Shoko uses manipulation and sexuality to get what she wants. When the two clash, Sho ends up at a disadvantage to her sexual advances and Shoko is at a disadvantage to his odd sense of honor. The side story gives Akiko Higashimura another way to explore the themes of costuming she establishes in the Amamizukan characters except with two much more traditional characters, by societal standards. What is flamboyant and hilarious when explored with Tsukimi and Kuranosuke comes off as more subtle and sad when explored with Shu and Shoko. 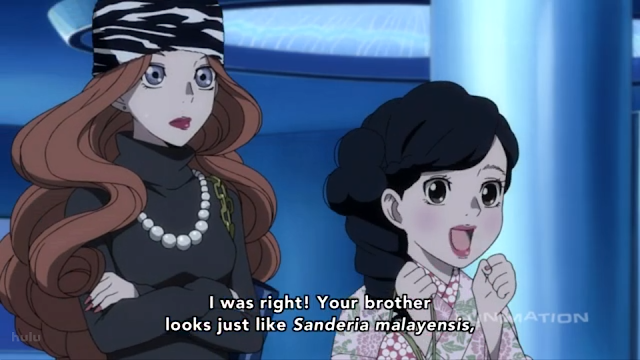 Princess Jellyfish first builds complicated characters, characters that have glaring flaws ranging from the quirky to the emotionally scaring, and enjoys pairing these characters with their exact opposites creating a unique and entertaining romance. The main characters are all well developed with the side characters offering fantastic comic relief. While the main plot is cliché it allows the characters to shine brightly, and character pieces are what director Takahiro Omori does best.

Princess Jellyfish is currently steaming on Hulu, Youtube, and Funimation.com.