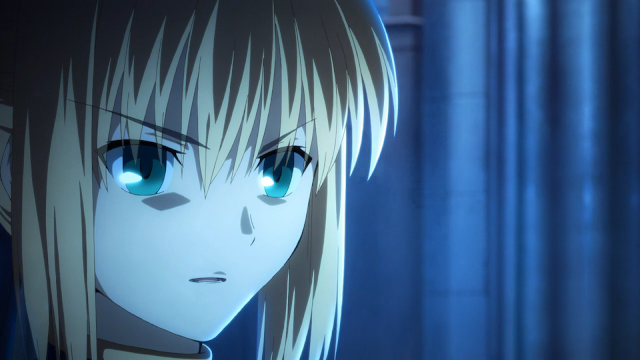 Ten years before the events of Fate/Stay Night the fourth Holy Grail War is getting ready to begin. The powerful magical families and mages around the world are preparing a candidate of their own to be one of the seven Masters who get to summon a Champion to compete in the fight for the Holy Grail, an object said to have the power to grant any wish. 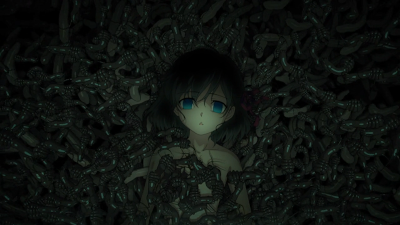 I’m glad Type Moon decide to make this first episode forty-five minutes long. After the first half I was getting bored, everything was long scenes of people talking about the politics concerned in the Holy Grail War, the families and organizations involved, on top of attempting to balance all of the character introductions. It’s overwhelming and lacks excitement.

After all the politics and initial character introductions get out of the way the show gets down to developing some of the main characters in detail and establishing the main conflict. But there are threads opened and completely ignored, such as the one Master who stole his relic. He suffers no consequence and the show doesn’t even show the wronged man realize the relic has gone missing. This same character also tricked a poor old couple into thinking he was their grandson, an action which is never explained.

The background art in Fate/Zero is stunning with beautiful churches, so many churches, and mansions having a vast amount of detail. However, the characters clearly look set apart from the backgrounds. Even the coloring and style is slightly different and this gives the show a visual novel look. While this could be a nod to the original Fate/Stay Night’s visual novel it’s off putting and takes me out of the show whenever I notice it. 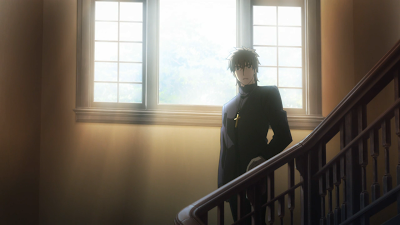 This first episode established the characters and conflict getting them out of the way so hopefully going forward we’ll get to see more of the War and less old men standing around scheming. The holes in the narrative I mentioned above are so bad as to distract from the larger narrative and if Type Moon makes such errors in the first episode I have little faith for them to maintain a complex narrative. It’s unfair to judge the series without being introduced to the Champions or seeing any fights but I can’t say I’m excited to continue watching this show.

One thought on “First Impressions: Fate/Zero”