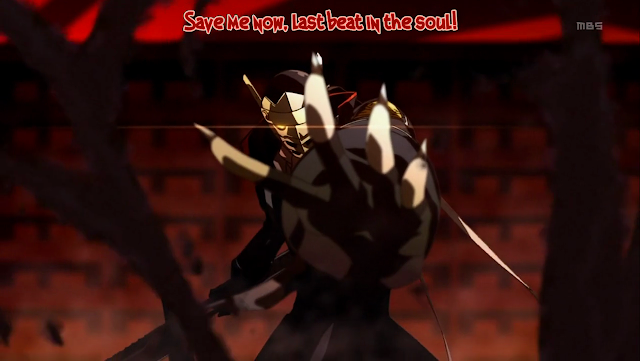 Based on the Japanese role playing game of the same name, Persona 4 for is about Yu Narukami who moves to live with his uncle after his father, a former politician, is disgraced. While investigating an urban legend he nearly gets sucked into his television, but is not large enough to fit. With his new friends they enter the world on the other side of the television where Narukami can summon the powerful form called Persona. 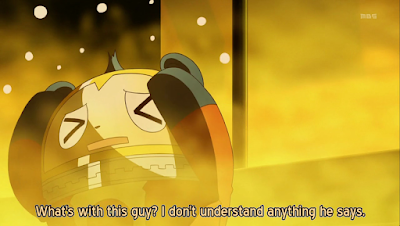 The show is beautiful, balancing it’s dark tone with some energetic and lively characters. The sinister narrative happens in the background of the story of Narukami learning about his new home and making new friends. I was enjoying the characters while at the same time starting to feel a creepy vibe from the murder and supernatural narratives developing slightly under the surface. The transition from one element to the next is also well done, the kids chatting about odd urban legends folds right into them becoming reality.

I was taken with one character in particular, the energetic Chie. She is a character type I always enjoy, the hyper energetic; random; and manic girl who wants nothing more than to be the main character’s friend. In classic Moe style the character is played by an actor already familiar with the role, Yui Horie, who played Minorin in Toradora. Curse you, Japan, you know just how to hit my database. The stoic Narukami and the cheerful Chie play off each other well and I look forward to seeing their relationship develop. 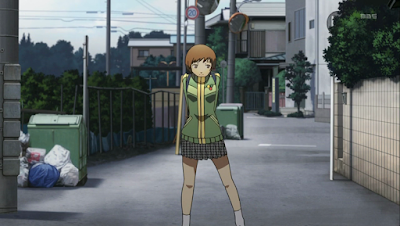 Unfortunately all we have in this episode is a set up and a hook. The world inside the television is intriguing and has me wanting to see more but the audience is treated to no information about what this world is, why Narukami has power, or why monsters started chasing them. The action was good, if quick, and the design of the Persona is definitely worthy of the best JRPG designs.

An interesting premise alone doesn’t make a good show. Without knowing anything about what the story is going to be about I can’t make a judgement call. In this case that might be a good thing because I’m dying to explore the world of Persona 4 The Animation and answer the questions this first episode left open. That is what a first episode is supposed to do, after all, get you to watch Episode 2. It definitely worked on me.

One thought on “First Impressions: Persona 4 The Animation”