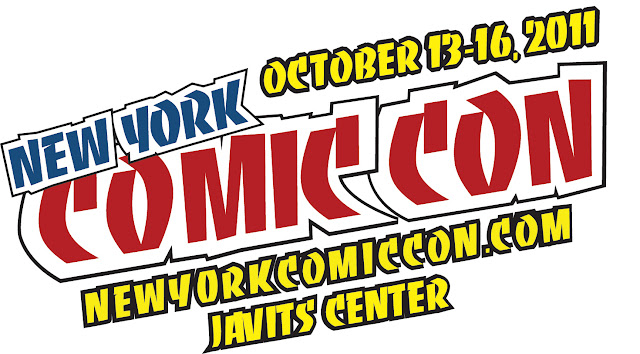 It’s hard to say anything about New York Comic Con that hasn’t already been said, or that isn’t a repeat from what I talked about last year’s show. The event was definitely bigger than last year and the space was far better utilized than last year with them opening up the North Hall for the autograph area. Of course, this being Comic Con, even with the large show space the crowding was horrible. Building a multi-genre show has its positives and negatives but I fear that Comic Con may have finally crossed the line into being more of swap meet with a theater showing clips from upcoming pop culture hits rather than a space to celebrate any type of fandom. 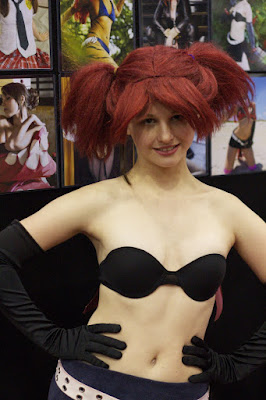 The main component of New York Comic Con is undeniably the show floor. A massive space that serves as both a dealers room and a place where marketing professionals can attempting to push their new products on con-goers, a space for meeting your favorite artists and writers, or check out some fantastic indie art pieces. The show floor comes with all the spectacle that you’d expect from a geek event that takes place in one of the largest cities in the world. This is, unfortunately, a double edged sword. While the show floor is so large as to keep attendees busy for an entire weekend it is also the main place where the majority of people will be concentrated. Over all three days it was difficult to get from one end of the floor to the other. There is a constant fight against the raging mod to see anything and if you happen to be stuck behind someone who wants to take a photo the halls immediately get blocked with dozens of people fighting, not realizing that they’ve been halted by a guy with a camera phone and desire to get a third picture of Captain America. They’ll always be something to enjoy on the show floor, but be ready to fight in order to see it. 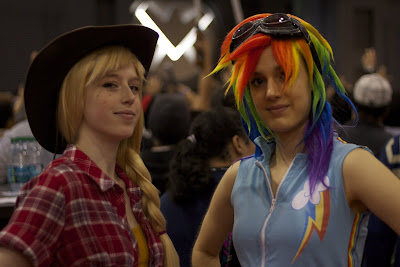 Surprisingly, this is an improvement over last year. The anime section of the show floor experienced a massive traffic jam making that entire area impassable. This year the anime booths were spread throughout the floor, making it hard to hit all of them but it ensured that they were actually approachable. Overall, space between booths was much improved and even though the crowds were difficult to move through there were no complete jams like last year. It seems they did everything possible to increase the flow of traffic, if only they could prevent people from stopping and gawking at 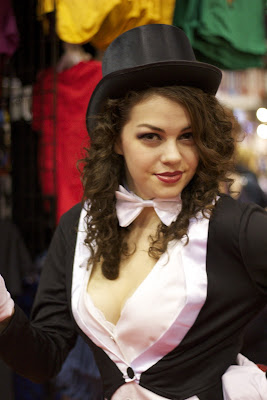 The biggest question hovering over the convention this year was if the anime section would be improved or continue to become a shrinking piece of the convention. Well, while anime artist alley was moved from the basement to the gallery at the very top of the convention center it was still a difficult place simply to stumble upon. One needed to go up two escalators, following large signs, even to get to the area. Once there the artist alley was spacious and easy to browse and at the end of the gallery was a massive space which contained dozens of tables, some snack vendors, and the dreaded anime stage. Last year New York Anime Festival had a decent assortment of fan panels in small rooms. This year the only anime fan panels excepted were forced to perform on a stage, which forced the presenter to speak to a massive room where the majority of people were just sitting and chatting, not even caring what was happening on the stage. This worked for some of the game shows, like cosplay dating game, but I cringed through Aaron Clark’s Evangelion Deconstructed panel as he attempted to present serious analysis over the low rumble of crowd noise and the shouting of memes.

It’s clear that the anime fans and the comics fan simply don’t mesh together. New York Comic Con is evolving to become closer and closer to San Diego, a direction that I dread. Instead of eagerly waiting for fans speaking to fans and building a sense of community San Diego Comic Con is about room sitting all day to hear actors talk about films and television shows that are due to be released in the next few months. That isn’t a convention to me, the same task can be accomplished by reading an interview or checking a Hollywood news site. I go to conventions for the community, to see people I only know online and to experience fans speaking about their passion. 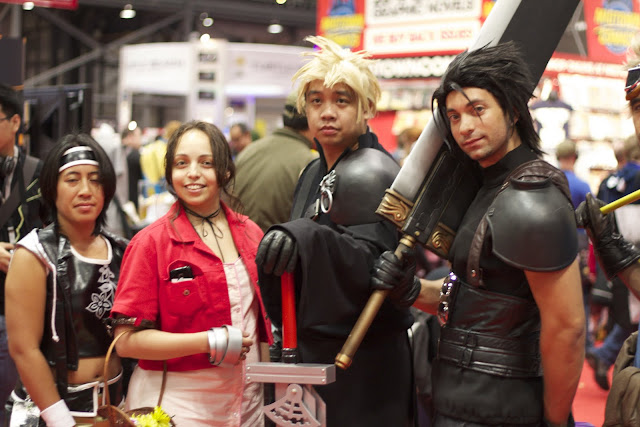 There are two main reason for the divide between the anime and comics fans. The first is simply age. Anime convention attendees tend to be younger and are more focused on hanging out with their friends than browsing through rows of comics looking for a rare issue. The other, and more important, reason behind why these two groups can’t seem to coexist is a difference in philosophy when it comes to the art. Comics fans come to these conventions to see footage of upcoming movies and get exclusive comics from the big publishers, they come to these conventions as consumers of media. Anime fans have developed a culture where they get most of their content 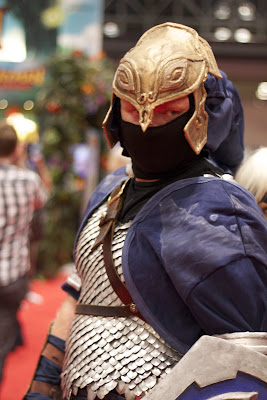 for free on the internet, be it through illegal fan subs or the many legal steaming services. There is no surprising an anime fan with new titles or “exclusive” content because of the delay, even with simulcasting, it takes to licenses and release media from Japan. Anime fans don’t come to conventions to consume anime, they come to participate in the fandom, hang out with their friends, and buy additional merchandise.

The unfortunate fact about New York Comic Con, to quote Christopher MacDonald from Anime News Network at Sunday’s ANN Q&A panel: “It’s really good for the industry, it kind of sucks for us. Well, it’s good for me as a business but it’s not so good for fans.” The sheer number of people walking through the show room floor is always going to be good for the licensing companies and allows them to expose their titles to fans outside the group that normally goes to anime conventions. That being the case the way New York Comic Con was this year will probably be the way it’s going to stay, and as much as I might not like the state of the convention if this draws more fans towards the medium than it is completely justified. We’ll always have Otakon.

Anime News Network panels are always fun as they allow the people fans have come to know through their writing to interact and answer questions. In New York there were some extremely well thought out questions asked to the panel, as well as the normal awkward “how can I write for ANN” questions. For a group of writers they are surprisingly adept at handling their interesting fan base.

As always Aaron Clark put on an excellent panel going over some of the visual, cultural, and narrative references used the Neon Genesis Evangelion. Clark seems to have an endless supply of knowledge on the subject and will always surprise even the longest Evangelion fans with some tiny tidbit. The anime stage wasn’t the ideal place for his panel to be held as he was being drowned out by the low rumble of the mass of fans sitting and going about their business. He handled the situation professionally, not even letting a minor technical glitch to get in his way. If you like Evangelion his panels, and his website are highly recommended.

The highlight of the convention of me was getting to meet Makoto Shinkai, sit down for an interview with him, get an autograph, and watch his newest film “Children Who Chase Lost Voices from Deep Below.” I’ve been a huge fan of his for a few years and it was a great honor and opportunity. If Shinkai hadn’t been a guest at this convention this report would be a lot more negative. Read my interview with him, watch the excellent Makoto Shinkai spotlight panel with Roland Kelts, and I’ll have a review of “Children Who Chase…” up in the next few weeks.

I was able to sit down with Fairy Tail mangaka Hiro Mashima. It was an interesting talk especially since I was paired with two bloggers from South America who made the long trip to New York Comic Con!

Comic Con is a difficult place to take photos because I don’t want to be like the people I mentioned above. So I was reserved, far more reserved, than I usually am. I did get lots of very pretty photos of toys though! 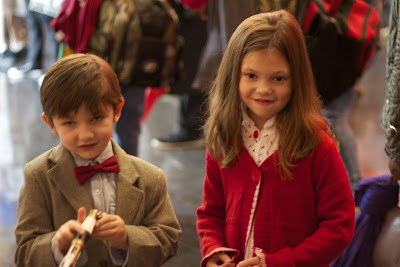 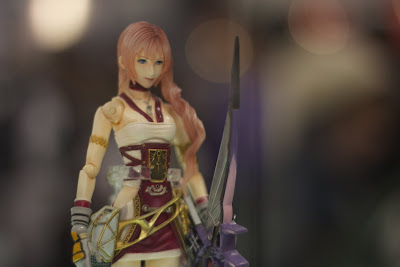 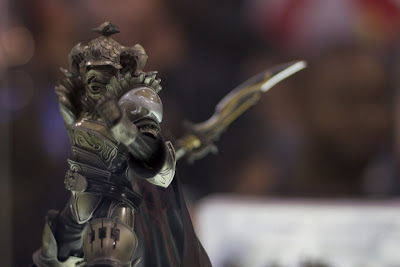 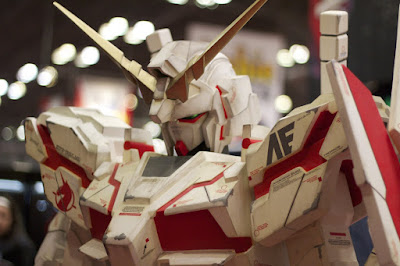 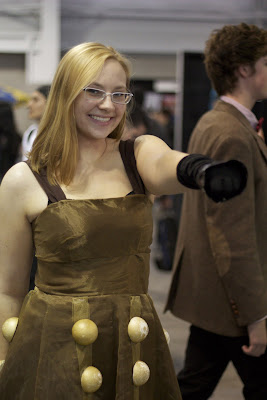 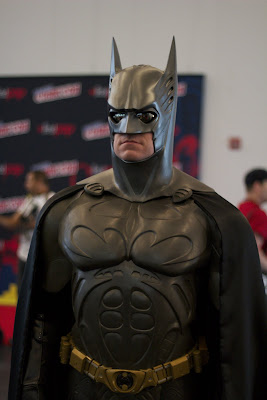 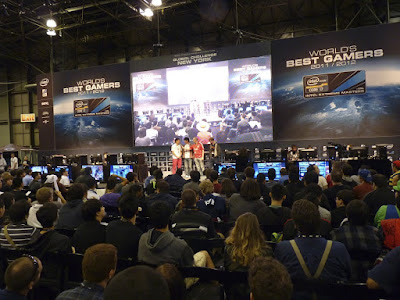 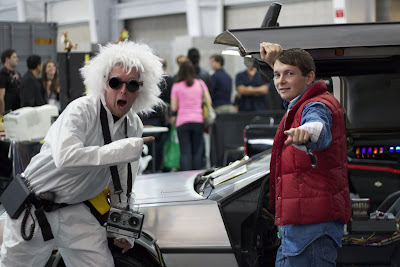 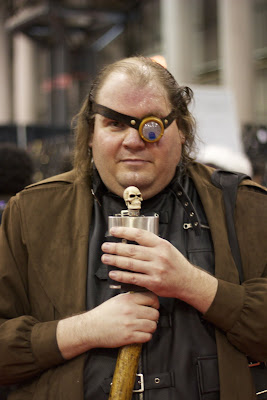 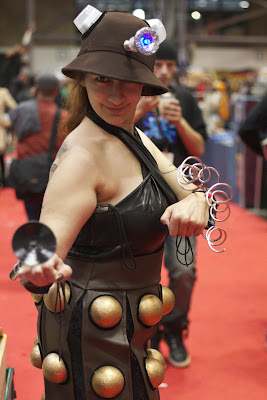 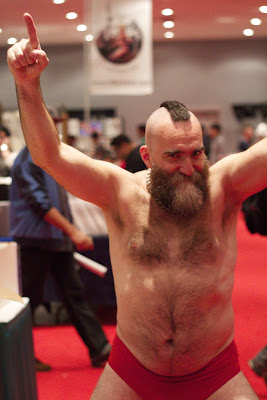 I didn’t pick up much at New York Comic Con because of the logical problem with bringing loot back on the train. But I did get a few really cool items. 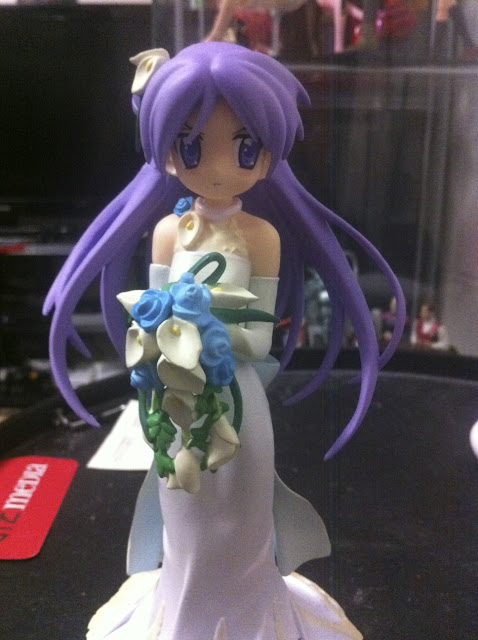 This adorable Kagami figure who is looking her most Tsundere. 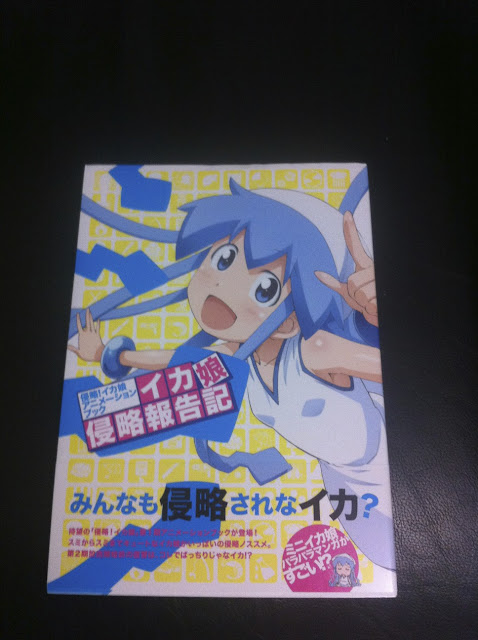 A wonderful Squid Girl art book complete with a flipbook printed onto the side of the pages. 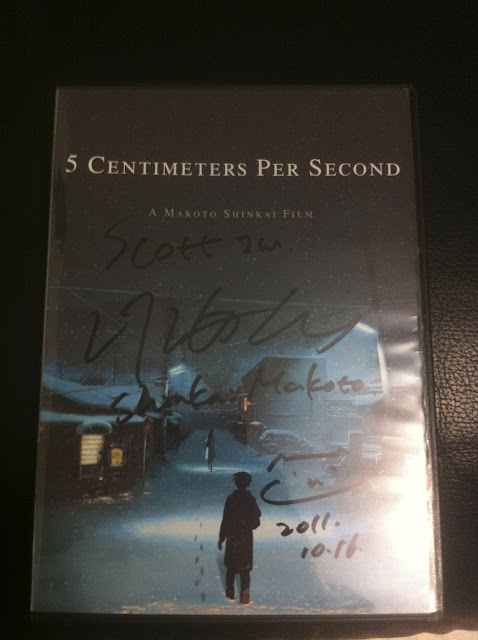