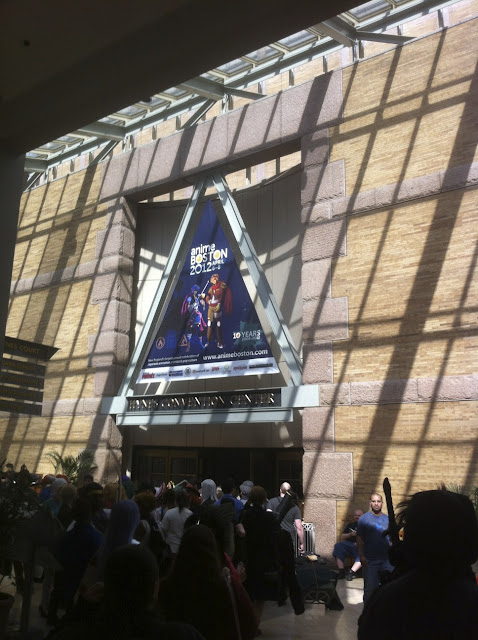 The numbers are in and I’m shocked. Even with PAX East 2012 across down, a much more mainstream convention, Anime Boston’s attendance grew yet again. A fitting bullet point for the convention’s tenth year. 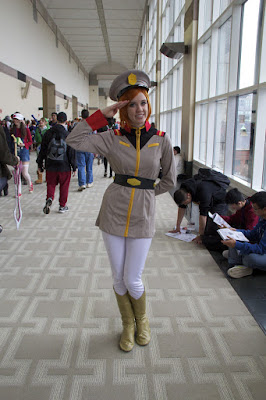 I was glad they acknowledged how big a deal the tenth anniversary was and yet they didn’t go overboard in reminding the attendees of the milestone. They had a few retrospectives panels run by staff and a small “museum” in the Sheraton hotel dedicated to the convention’s history. They had shirts from all ten conventions; even if they were just staff shirts; they had badges and programs from all of them as well alongside special bits of signed merchandise and newspaper articles from the convention’s history. They even had a ten year old room sign which, when I saw it, I clearly remembered the style of sign from that original convention. As an attendee of the first Anime Boston I was happy that they had gone through the trouble to preserve the conventions history. While ten years isn’t a long time, it is a significant part of my life and my fandom that the convention has been around. I wore my Anime Boston 2003 shirt and looked at the same shirt displayed proudly in the museum as a piece of it’s own history. I felt like I was a part of something in that moment, and felt confident that Anime Boston will be a staple of the fandom for years to come.

Anime Boston is held, as it has for the last few years, in the Hynes Convention Center and Sheraton Hotel in the heart of Boston. Unlike most convention centers, which are normally build away from city centers, the Hynes provides easy access to the Prudential Center Mall’s food court. If that doesn’t sound appealing, there dozens of amazing restaurants within walking distance and an entire city’s worth of attractions if you want to drive or take public transportation. A favorite in the area has been the Pour House, which is a pub that serves an amazing burger. This year we decided to take a short drive, long in Boston traffic, down to the famous Eagles Deli which has been featured on Food Network’s Man Vs. Food for a delicious Cheeseburger and some of the best coated french fries I’ve ever had. Of course, as I have for the previous two years and because disgusting Chinese food is one of my guilty pleasures, I also went to Panda Express in the reasonably priced food court. Hynes also has the normal convention food located right in the main hallway but if you buy from those venders you’re wasting money and not allowing yourself to enjoy the food that a major population center can offer. 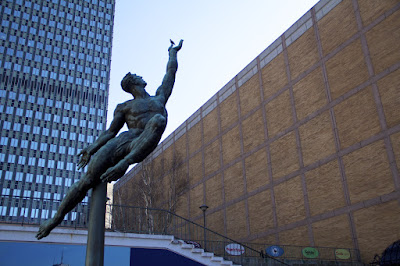 The Hynes itself is a beautiful convention center but can be a little large and difficult to get around. The main hallway, which connects right to the entrance, becomes completely jammed at the height of the convention on Saturday. But once that area is breached the rest of the hallways and rooms are spacious. The convention feels a lot smaller than it really is because of how much room there is for people to disperse. There was little improvement over last year, it seems that Anime Boston has found a set up that works for them and they’re sticking with it. I wish they policed the main hallway a little more and got people to move into the comparatively empty halls right off that main entrance, but that would have probably become a near constant struggle.

The convention culture is a mix of the worst kind of meme shouting super-nerd and the sense of community that I love about conventions. Marco Polo was back in force this year. In fact it felt like more of the conventions attendees were into this year than ever before. Luckily, there wasn’t much of a smell in the convention center but when I went up to tabletop gaming the smell of people who weren’t regularly showering was obvious. The plus side to the culture was the feeling that everyone wanted to be here for the same reason. From the photo gatherings, I was in the middle of a poorly organized Pokemon photo op, to just people who wanted to give high fives while going down the escalator the sense of community was there and it boosted my spirits just when I felt defeated by the negative aspects of Anime Boston. 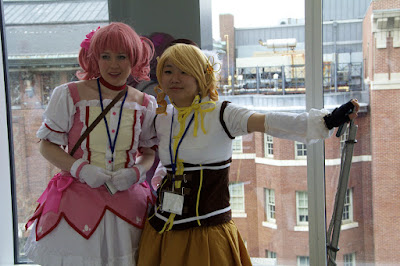 The convention itself was set up just as it had been for the last couple years. The dealers room is massive, the largest at any convention I’ve ever been too and yet not crowded because of the space they leave for aisles are large enough that they will never be blocked even at the height of the convention on Saturday. Even with people stopping and taking pictures it was rare that I had problems navigating the floor. This comes in stark contrast to New York Anime Festival which is in a much larger space but absolutely impossible to navigate even on the smallest days of the convention. The dealers room seems to have more cell dealers than I remember there being last year; and I picked up an Azumanga Daioh production sketch; and My Little Pony has exploded in popularity this year. The figure vendors were all there, but their selection didn’t quite entice me as much as it normally does for some reason. The figures that vendors bring to conventions seem to favor Haruhi and Evangelion and I’ve already seen nearly every variation of those characters. I did walk out with a Kallen I’ve never seen before, she has become a collector character for me. It was last year that I spent too much on a rare figure of her in a beautiful red ball gown. 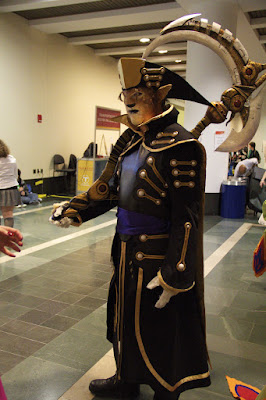 The Artist Alley is equally as impressive as the dealers room, featuring artists from all over the dense Boston and New York area. Again, the same trends I’ve seen in previous years are still there with the addition of more Doctor Who and a lot more My Little Pony. The dominant anime represented remained Bleach, with some interesting characters sprinkled throughout. I walked out, somehow, with only a Moogle keychain. Although I mentally purchased hundreds of dollars in prints.

The low point of the convention, and possible what was hit by PAX, was programing. According to Charles Dunbar, many of the panelists canceled at the last minute leaving gaps in the schedule. Due to this there were long stretches of time where I looked at the schedule and couldn’t find anything I thought was worth going too. The weirded part of this was the theme, which was apocalyptic anime, was barely represented. I saw two or three panels that directly represented that theme. The panels I did see were universally pretty great, and I know there were excellent panelists giving their normally high quality lectures such as Rym and Scott from Geeknights and the previously mentioned Charles Dunbar. I sat in on a retro games collecting panel early Friday which was fun. The idea behind it was to feature some huge collectors and give tips to starting and taking care of a game collection. The anecdotes were interesting and at times hilarious, the tips were practical and I felt prepared to start the hobby if I had mind too. 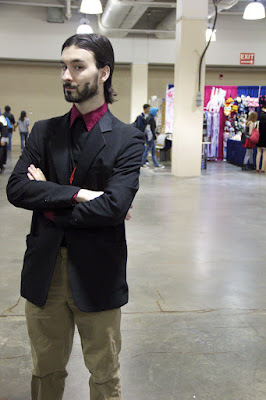 Next I went to Latin Latin Madoka More Latin hosted by Viga and Froborr. They seriously examined the themes and symbols in Madoka in order to dissect the pieces of fiction it was alluding too and the messages the show was trying to invoke. It was a well researched and fascinating panel. Friday night I was able to catch the always excellent Mike Toole and his Dubs that Time Forgot panel. He mostly focused on the Wizard of Oz anime versions and the dubs they received when they were brought over to the United States. Just find this panel and watch it, there is no reason not to. Many versions of the panel exist on Youtube and Mike Toole rarely recycles material.

On Saturday I stumbled into a Super Sentai panel, mistaking it for something else. That became the biggest surprise of the convention. The presenters had an enthusiasm for Super Sentai that was infectious and by the end of the hour I was seriously considering watching some of the newer shows. The panel was a history of Super Sentai and Kamen Rider, which was framed by showing which series were connected to the imported versions such as Power Rangers and Beatle Borgs. At the end of the panel they showed half the first episode of the newest Super Sentai show… which featured Pirates! I was far more excited than I probably should have been when I walked out of that panel. 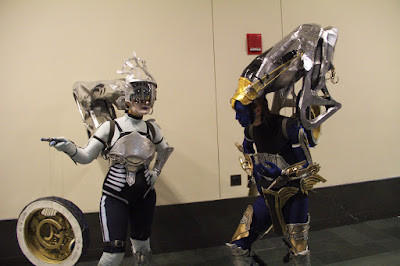 Ultimately Anime Boston has settled into their space and formula with grace. The conventions have been consistently fantastic and even with the threat of being hurt by the presence of PAX the convention managed to thrive and grow. The blow to programing is unfortunate, but the convention managed to print accurate schedules and make sure that no one showed up for a panel that wasn’t going to happen. I do think that Anime Boston probably should drop the idea of having a yearly theme, I barely felt the presence of the theme and even that official convention art didn’t conform to the theme; granted the tenth anniversary celebration was probably more important than following a theme. Going to Anime Boston is like coming home. I know exactly what to expect, I know where everything is going to be, and I trust the convention to provide excellent programing. I was not disappointed, yet again, and I can’t wait for the party to continue next year.