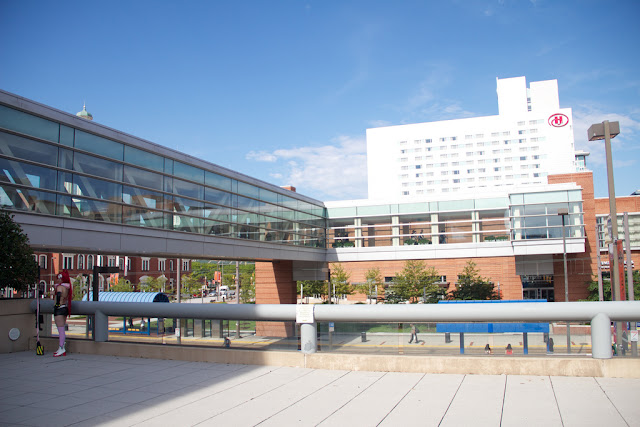 There is only one thing I can think to say about Otakon that sums up my experience. It’s the Mecca for American Otaku. I’ve attended Anime Boston for the last couple years and I’ve had nothing but complaints about the people who attuned the convention and use it as a social gathering rather than a celebration of Japanese animation. This has been a common complain around anime conventions, where the majority of attendees don’t seem to be interested in Anime as the chief reason for going to the convention. It’s common to see half of the costumes are Video Game, comic book, or Doctor Who related. Noted, I’m not saying that expressing fandom other than anime is a bad thing but when the event is designed to be an anime event then I’d expect… anime related costumes and fandom to be the majority of what I see. 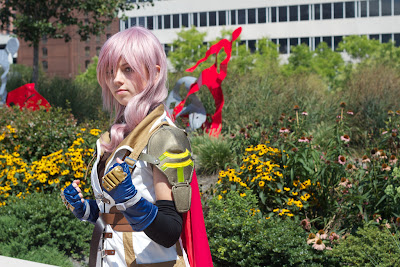 At Otakon there are all of those problems. People are hanging around in the halls, using the event as a social gathering rather than an anime celebration, and homestuck and non-anime related fandoms were prevalent. However, it’s the size of the convention that makes up for the sizable group of people who are not displaying anime fandom. The pool of people is so great that the group of hardcore anime fans is big enough to make a huge impact on the convention and because of that, Otakon has maintains the feeling of a celebration of Japanese Animation. The programing, guests, and grand size of the event made me feel for the first time in a long time that anime fandom was alive and well. 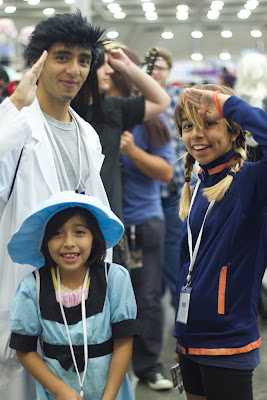 As a first time Otakon attendee I was in awe at the size of the convention. The convention center itself takes up two city blocks with a massive lobby, a number of panel rooms on the top floor, and two massive halls on the ground floor. The Baltimore convention center is an impressive structure with a beautiful modern design, second floor garden, and huge windows that let in tons of natural light. The convention also extends to the hotel next door making the size of the convention space span a full three city blocks. While the space was massive with tons of open area for people to gather and roam the times when the dealers room and artist alley weren’t open the hallways on the second floor were unnavigable. Also, while most of the convention’s seven panel rooms were big enough for more than three hundred people the convention put some popular panels in tiny rooms that could fit around fifty people. With over 30,000 people at the convention those rooms filled up an hour before the panel even began. So while Otakon is using the space as effectively as possible, I would have liked to see more panel rooms and have all of them be big enough to fit a decent number of people. That probably won’t happen at this venue in the next few years. 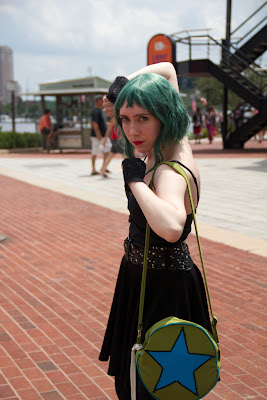 Having attended Anime Boston I thought I was used to huge dealers rooms and artist alley. Otakon puts any other convention I’ve ever been to shame. The airplane hanger that the dealer’s room was in was packed with booths but left amble room in the alias for traffic to pass. It was so that once the first rush of people clamed down that the dealer’s room became a fairly relaxed environment where attendees could actually browse. I was super impressed with the use of space and flow of the room to make this happen and it is something I’d love for the horribly overcrowded New York Comic Con to attempt. Artist Alley had a similar feeling with a wide array of talented artist with a great assortment of craft projects on display. While it is controversial, the policy that artists have to stock half original artwork reduced the number of Bleach prints and replaced them with some interesting pieces. 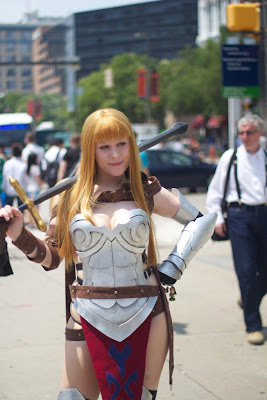 The fan panels at Otakon are almost universally well written and hosted. There were some exceptions such as the “Moral Philosophy and Madoka Magica” panel where the panelists talked about a Modoka character, brought up a philosophical concept, and then invited the audience to chat about their theory. It was a poorly planned out event and the hosts quickly lost control of the room. It was their attempt to stretch fifteen minutes of actual content out to fill an hour and it definitely showed.

Most of the panels I went too offered an audience participation aspect. I don’t know if Otakon requires it or if it is in the culture of the convention to have the audience take part in panels. I prefer straight lectures of presentations and some exceptional hosts came to give their consistently stellar events. Charles Dunbar’s “Yokai Nation” was entertaining and informative about the origin of many anime monsters and demons, Mike Toole’s “Dubs that Time Forgot” was hilarious and a fantastic history lesson all in one, and Aaron Clarke’s “Evangelion Manga: The Good, The Bad, and the Ugly” took the audience on a journey through the fifteen year run of the Evangelion manga and the rise of its multiple spinoffs.

“The Aging Otaku: Anime Fandom and getting Older” was about how to keep up with the fandom as you grow older and lose the enthusiasm of youth. It was a great panel hosted by fans that were going through the aging process. There was a big audience participation portion, which offered some insights from parents but distracted from the main topic. The same can be said for “Fandom and Criticism: The Art of Active Viewing” and “Sexism in Anime and Fandom” where the concept was solid and the presenters clearly knew what they were doing but the panels were dragged down by audience participation. Overall, the programing at Otakon was extremely good but I do wish the audience participation were scaled back for next year’s event. 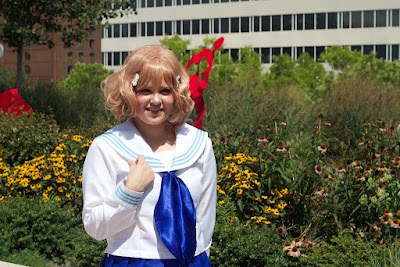 The big Japanese guest that I cared about this year was Gen Urobuchi, writer of Madoka Magica and Fate/Zero. The Q&A he had was an incredible event even if the room was barely half full, as expected for most Japanese guest panels. Otakon attendees were respectful and knowledgeable, asking well thought out questions that were clearly coming from the perspective of an informed fan. He had two autograph sessions, which were filled with people holding

I spent the majority of Sunday caught in the Charity Auction. What I figured might be a little interesting turned into an exciting battle for beautiful art work and rare pieces signed by Japanese artists. Japanese Guests and American licensing companies donated the Charity pieces while the art was up for silent auction all weekend and if it was aggressively bid on it went to live auction. There was one person in the back who was constantly buying things, for far more than the current bid. He alone most has spent well over $15,000 at the auction. I was so overwhelmed by the excitement of the auction and bid on a collection of goods from Maruyama of MAPPA, which featured a poster from Kids on a Slope signed by several people including Shinichirō Watanabe. I lost, because of someone with deep pockets.the most expansive releases of Madoka Magica and art books from an array of his works. It was a bit disappointing the Q&A was not filled to the brim, considering the Madoka Magica badge was the only badge Otakon ran out of, but it felt good to see the fans that did show up were passionately in love with the medium. 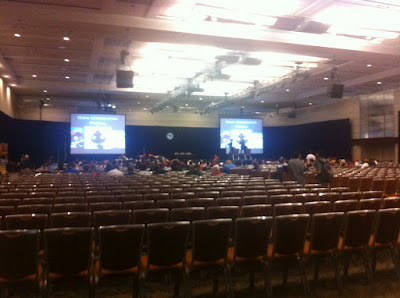 The one thing that was a bit unsettling about Otakon was during the dance, very late at night, there were tons of young girls walking around in the middle of Baltimore in revealing clothing. This isn’t odd in a big city but a lot of con attendees aren’t used to being in that kind of environment and being mixed with a diverse con and sports crowd plus being in Baltimore, which isn’t the safest city in the world, I started to feel uncomfortable for them. I’m sure the area is safe but to see a seventeen year old girl walking around at 1AM wearing jean shorts and a bra… that raises a red flag in my mind. I don’t know if Otakon needs to police this or be more active to inform people of the danger of being around that late at night… but it definitely needs to be addressed.

I wrote a piece on the food I had during the convention at My Tubes are Clogged but I will add that the inner harbor is a great place to find food, but can be extremely expensive. I had great dinners every night I was at the convention and might secretly be looking forward to next year just for the food alone.

At Otakon I experienced the celebration of anime that I always wanted. Yes, there were the many non-anime elements present that many anime fans complain about, but the focus on anime was so great as to drown out those groups. I’m glad there is at least one place left where it feels like anime is still the driving force behind the event. I hope Otakon sticks to their strict requirement for Japanese related programing and the event continues to grow as a celebration of the medium.