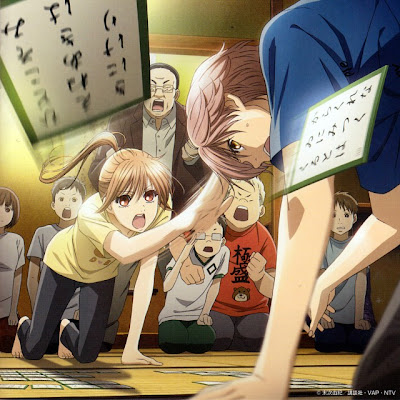 There are so many barriers to entry in Chihayafuru that if it wasn’t freely available streaming I doubt that I, and many others who have been singing its praises, would have even attempted to touch it. It’s a sports anime that is about a card game rooted in ancient Japanese poetry, and that doesn’t sound like it would have much appeal outside a small number of specialized hobbyists. However, Chihayafuru is an anime that transcends it’s subject matter, and even it’s genre, to become something truly spectacular. 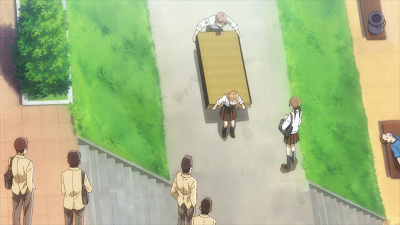 The way Chihayafuru is constructed feels like the perfect combination of all popular anime genres. Chihayafuru is based around a card game, which is treated like any other sport. So, it is essentially a Sports anime where character interaction is based around and connected too the single sport. It’s also a romance, with a flavor of the “separated childhood friend” trope that pops up so commonly in Shojo romances. The tournament sections of the show remind me of Shonen tournament stuff especially when the “Master” and “Queen” characters, the best Kurata players in the world, are fleshed out. Their super human ability and the constant stress at how large the skill gap between them and the heroes barrows heavily from Shonen tournament and fighting shows. Finally, Chihayafuru features a group of friends focused around a school club which has become a popular trope in Moe anime after the rabid popularity of The Melancholy of Haruhi Suzumiya.

Do all these elements coming together in a single title imply that Yuki Suetsugu sat down and crafted Chihayafuru to be the ultimate manga? No, I think she simply told the story she wanted to tell and the combination of all the elements listed above are each individually solid tropes that capture an audience and keep them coming back for more. Which is why each of them have traditionally been enough to serve as the basis of a show. Chihayafuru does each of them with such skill and precision that the result is a show that doesn’t allow you to become bored for a second, even if it is about a card game that no one outside Japan can even play. Karuta is based on 100 chosen poems that were written throughout Japanese history. A reader reads the first verse of the poem and the players must take the card on the field that has the second verse written upon it. The first player to capture the majority of the fifty cards in play is the winner. 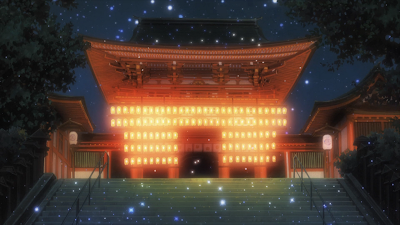 Part of the fun of Chihayafuru is how unfamiliar I was with the game and the culture surrounding it. The audience watches Chihaya as she makes her way through the world of Kurata; making her way up the ladder to class A, playing in tournaments trying to each national levels, and finally attempting to challenge the Queen and become the best player in all of Japan. Even though the story follows Chihaya quickly working her way up the Kurata ranks her advancement never seems rushed or unrealistic. Chihaya is a skilled player, but she doesn’t win all of her matches, in fact many of the matches towards the end of the season she ends up losing handedly. It’s in these moments that the strategy and complexity of the game comes out. The different ways to position your hards, the way the players sit, and even the point the player begins to move towards a given card are all calculated and must be perfected in order to play with top level players. Chihaya spends a large portion of the second half of the season learning about her shortcomings as a Kurata player the hard way, by suffering a series of crushing defeats. However, each one she walks away with a taste of how difficult becoming the best Kurata player in the world actually is, and each time she walks away with a small tip that she is determined to work into her game and slowly overcome her shortfalls. 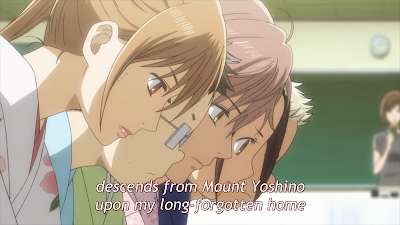 The romance in Chihayafuru starts off as standard Shojo fair with Chihaya being torn between two boys, both of which were her childhood friends. While she has known Taichi for longer and they have been closer, she shares a connection with Arata because he is the one who inspired her to pursue Karuta. The dynamic becomes more interesting considering that Arata and Taichi know they are rivals yet are still friendly with each other, yet Chihaya doesn’t seem to have any interest in romance. The love triangle formed plays off of mutual respect and is hindered by the complete obliviousness of Chihaya. The audience is toyed with as it seems like Chihaya is slowly getting closer to Taichi, that the two of them might start to develop a serious relationship, and then the mention of Arata puts a glow in Chihaya’s eye that totally crushes any confidence that Taichi had gained. It is a difficult and exciting romance to watch, yet it doesn’t hit the audience over the head with what it’s trying to do. It remains subtle and in doing so has a larger affect than any pure romance anime has had on me. The most impressive part is I don’t know which guy will end up with Chihaya in the end, and I don’t have a preference. Both of them are good for her, for different reasons. I can’t imagine having to choose. 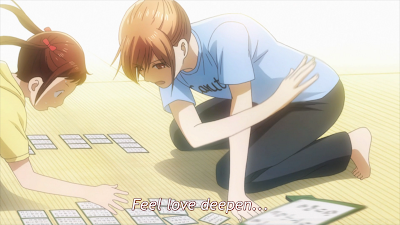 The secondary characters are all strong and serve to aid Chihaya’s story while being fully developed characters in their own right. Each one of them approaches Karuta in a different way and in doing so helps Chihaya see the flaw in her game. Kanade loves ancient poetry and teaches Chihaya the meaning of the poems, which is the first time she thought of them as anything but a matching game. Tsutomu shows Chihaya that the game can be analyzed and that keeping a record of your matches can help pinpoint strengths and weaknesses. Yusei brings a sense of physical competition to the group, showing that by building up ones body in other areas that physical endurance will help Karuta players hold up during the long tournaments. While they bring these aspects to Chihaya so she can evolve her own game they each have their own character arches and goals within the Karuta world that drives them forward. They serve to support Chihaya through their diverse skills but also to highlight the difficulty that Chihaya has to go through, how much better Chihaya is than the average player, and also to show exactly how far Chihaya has to go in order to capture the title of the best player in all of Japan. 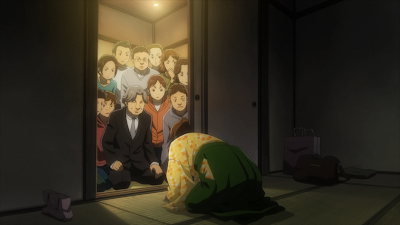 Chihayafuru is a difficult show to approach but I can’t see anyone who enjoys Japanese Animation not enjoying this show once they get a few episodes in. Yes, the subject matter is difficult to digest at first, and yes the poetry is completely unfamiliar to a western audience but the narrative does go through a lot of trouble to catch people up on the game and the poetry, and from that a western audience learns section of Japanese literature that they never would have encountered before. Above even that the show contains elements of a solid character drama, a compelling romance, and a gripping Shonen tournament show. There is something for every type of fan to latch onto in this dense, amazingly constructed masterpiece. Chihayafuru is a must watch for everyone.

One thought on “Review: Chihayafuru”