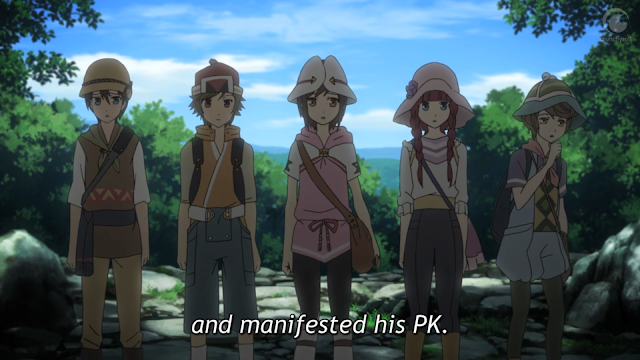 The start of From the New World might be the most unsettling and interesting opening scene in recent memory, on par with Serial Experiments Lain. The quick images of children, blood, chaos quickly shows the start of events that lead to the utopian like society scene in the rest of that first episode. Mystery, irony, and pulling the curtain back to reveal the larger picture are what make From the New World a compelling piece of fiction. 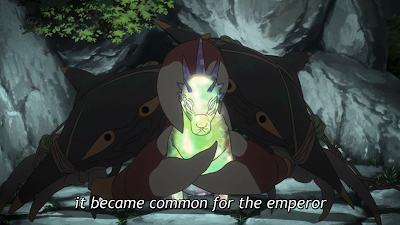 japan, except with some comforts of a technologically advanced society. We experience and see the world through the eyes of these children as they grow up from middle school aged to adults working as productive members of their community. The main tactic the show employs is using these children to guide the narrative forward. The audience is slowly introduced to the details of the world as these children, who are mostly ignorant of how their society works, grow up and experience the price humanity had to pay for living a peaceful life.

The show asks one question: what would the world really be like if people developed physic powers. The opening scene is what happened in the immediate aftermath and the children learn quickly that in the era following the emergence of “power” war, slavery, and chaos followed. The utopia the show opens in is a result of figuring out how human beings can co-exist when everyone has god like powers. The main element of which is called the “Death of Shame” which causes any human who harms or kills a fellow to suffer terrible physical pain and most likely die. Only by altering the way human physiology works were they able to build and maintain a peaceful society. 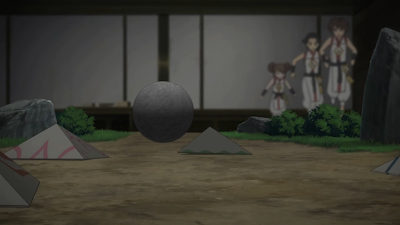 That is one of a dozen serious moral questions the show addresses and forces the audience to struggle with, it effectively takes all of the horrible elements human society had to implement and presents them in a sinister light, but when more is revealed about the reasons for the setup of the world all the elements that originally came off as abhorrent take on a shade of gray. The show runs through a constant cycle of revealing something to make the audience mortified and then, a few episodes later, finds a way to justify it. This cycle is amazingly effective in keeping the audience on the edge of their seats while simultaneously providing a thoughtful moral dilemma that continuously evolves throughout.

A large portion of the show focus’ on humanities interactions with the “Monster Rats” a race of intelligent mole rats that have taken over as the dominant species on the planet and view the powerful humans as gods. Early in the show Saki and her friend Shun get caught up in a war between two Monster Rat clans and are forced to use the blunt of their power to defend themselves. This is when the audience is treated to the full force that humans have been able to wield using Power, and the result is terrifying. The Monster Rats themselves continue along the same path as the rest of the show. As we live with the Monster Rats and witness their lives and their conflicts we get a thought-provoking shade of gray. Even though the humans have these destructive powers why and when they should get involved in the politics of this “lesser” race is a consistent question throughout the show and these decisions have lasting effects on humanities future. 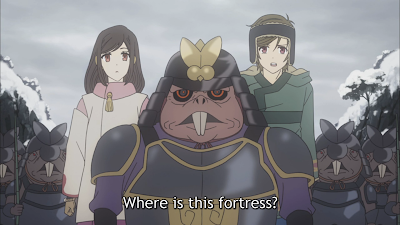 The only unfortunate aspect of the show is that it does feel a little truncated at times. Adapted from light novels the series does quickly pass over a large section of romance that is introduced, flashed quickly, then is mostly ignored except for a few key plot points. In fact, most of the characters feel a little hollow and interchangeable, with the exception of Saki Watanabe. Ultimately they are used as a way for the audience to get exposed to the world and develop how the politics of new human society work. It’s not a huge fault, as From the New World is a pretty dense show, but it would have given the show a bit more of a personal feeling if I care more about the characters. 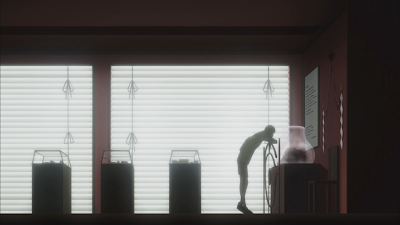 The real terror the show presents to the audience is that we are all capable of doing these terrible things and that there are consequences for trying to do the right thing. In “From the New World” the peace that humanity finally one is fragile, and if not maintained properly will crumble quickly. The gift of ultimate power comes at a startling cost and the show illustrates these facts beautifully. While it lacks individual compelling characters the driving force behind the show become the moral questions it asks and the horrifying realization the characters as a group experience when they realize that aspects of their society they wanted to rebel against are necessary for humanities survival.