On May 21st the Executive Editor of Anime News Network, Zac Bertschy, suddenly passed away. We were mutuals on twitter and facebook for over ten years and spoke every so often. I met him only twice at Anime conventions. Both times he was extremely kind but extremely busy. But with his sudden passing I can’t help but think about the small but impactful ways Zac made a major impact on my life.

I launched my Anime Blog in 2010 as a project to help me improve my writing and I included the companion podcast in order to force myself to learn audio production. The first episode of that Podcast was a disaster, I was so nervous and I could barely listen back to it. I released it, and then couldn’t bring myself to do another one. Zac used to host call in episodes of ANNCast and I got to record a small call with him in February 2010, six weeks or more since that first and only episode of my podcast launched. After our conversation I plugged my blog and Zac paused and asked why I wasn’t still doing the Podcast.

That week I started the podcast again. I’ve recorded 197 Episodes of the Otaku in Review Podcast. It was because Zac took interest in me and my work. It was because he was thoughtful enough to ask about it. Every now and again he would make a comment about something we said on the podcast. He told me several times that he thought we did a great job on it. He even invited us back on ANN Cast as podcasters during a later call in show. But we weren’t just fans calling in, we were invited to discuss a specific topic. Editor of THE anime website gave some hobbyist podcasters an opportunity to amplify our voices and grow our audience.

I’ll never forget any of that kindness.

The podcast gave me the confidence and opportunity to start doing panels at Anime Conventions. It gave me the clout to get press at anime conventions and interview Japanese creators. Because of Zac Bertschy’s moment of interest I was able to sit down and have a conversation with Makoto Shinkai, among others.

Reading everyone’s stories tells me one thing: He did this for nearly everyone he came in contact with. Professional writers or hobbyist bloggers, he gave them a platform and encouraged their voice. I wish I had thought to tell him the impact he had on my life when he was still with us.

Full Metal Panic! Invisible Victory comes about nine years too late. That isn’t to say the story isn’t compelling and that I don’t appreciate them finally picking up exactly where it left off. There is a lot of like about the new chapter of Full Metal Panic, especially as they detach from the formula established in the original and Segura goes off on his own. I’m thrilled that the show exists but I can’t help but wonder why it exists. The last Full Metal Panic! anime came out in 2005 and while there have been a steady stream of light novels and manga released in Japan the anime has all but fallen out of the mind of the American anime fan. Sitting here in the year 2018 where memes are passed around that claim “Kill la Kill” is old school, I find it hard to believe that fans younger than thirty are going to care about an anime that came out in 2002. So how large of an audience can the new Full Metal Panic have? At the time of posting Full Metal Panic! Invisible Victory is sitting at about 54th on the Crunchyroll popularity ranking.

END_OF_DOCUMENT_TOKEN_TO_BE_REPLACED 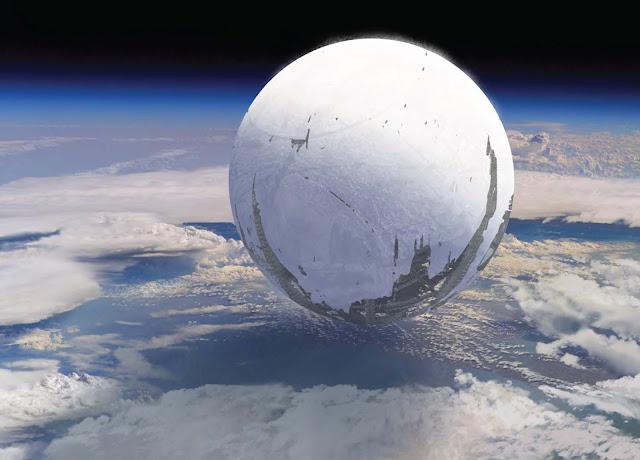 END_OF_DOCUMENT_TOKEN_TO_BE_REPLACED

There has been little to no love for Melody of Oblivion.The budget and quality of the show were slashed towards the end and it sold next to nothing when Geneon brought it to DVD here in the states. Which is a shame because the show remains one of the most surreal anime I’ve ever seen. At its very best Melody of Oblivion is an indescribable visual feast. It’s an action title, a coming of age story, a social critique, and a surrealistic nightmare all in one.

I originally watched the show in fansubs back in 2006 and since have been waiting to buy the DVDs. But, unfortunately, the online prices remained high and the cheapest I could find the set at conventions was around $200. Rightstuf is still refusing to take a loss on the complete collection which is priced at $89.99 but the individual DVDs are all in the bargain bin. Once you buy DVD 1 with the artbox for $8 and the other five DVDs for $6 a piece you’ll get the exact same $90 boxset for only $38 (plus shipping).

The price is well worth it when you consider that this show will probably never be rescued by another licensee. This will be your last time to see this rather odd thought provoking show. What thoughts the show provokes I’m still trying to understand.