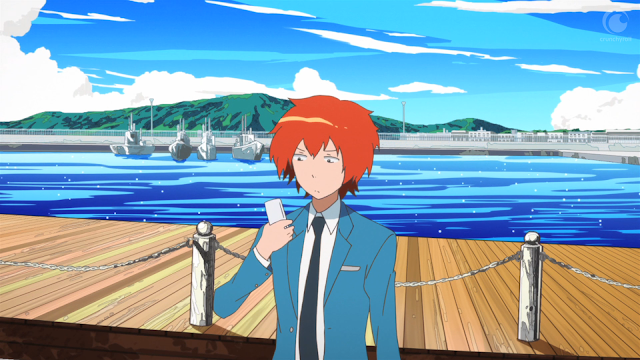 Japan being an island nation with a long and rich fishing tradition I’m surprised that fishing hasn’t snuck into more Japanese animation. At least, few anime that have made it over to the United States. Looking at the synopsis, a show focused around fishing didn’t sounds appealing but what I got was less a show about someone fishing but a science fiction adventure with a sweet message of friendship. 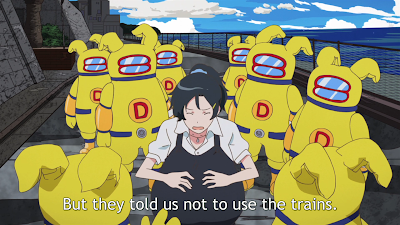 The colors in Tsuritama are incredibly vibrant, a fantastic looking show which captures the whimsical nature of Haru, an alien who arrives on Enoshima and befriends the island’s new transplant Yuki. Yuki has moved around with his grandmother and has never had the chance to make friends. Haru immediately latches on, to Yuki’s dismay, to the loaner and recruits him for a task that requires fishing.

Tsuritama is really two shows in one. The first is an enjoyable show about friendship, family, and how spending time and bonding between people brings out the best. The bonding is seated in Natsuki Usami, a prodigy fisherman whose life is in turmoil following the death of his mother and his father’s second marriage. Through fishing, the three characters learn what it is to be friends, and learn to express themselves in healthy and natural ways. It is part coming of age story and in part a story of broken people becoming whole again. The relationship between Yuki and Natsuki is the highlight of the series. Their uneasy beginning evolving into a strong, bonded friendship is a joy to watch.

Most of this friendship is built as Natsuki teaches Yuki and Haru how to fish. This part of the show is executed about as well as could be; remaining technically accurate while building in small bits of accomplishment to keep the audience interested and to illustrate the progress the protagonist is making. There are a lot of details and time spent on the fishing aspect of the show but the true purpose of those scenes are to build the relationship between our four main characters, which it accomplishes well. 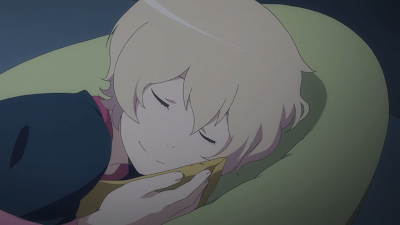 The detractor is Haru, the alien who needs a skilled fisherman for some mysterious reason. He is playing the same role that any alien or mysterious stranger would play. He is an awkward ball of energy that is played mostly for comic relief. In the moe era I’m surprised it wasn’t a female character, but that would hurt the core themes of the narrative. It isn’t until the series is halfway over that Haru calms down and stops being bouncy and weird and actually has a few touching scenes as his actual purpose becomes known. Unfortunately, if there is anything that made me want to stop watching during the first half of the series it was Haru acting like a generic anime weird-alien. I’ve seen it played out a million times in anime and it severely clashes with the otherwise honest and memorable character moments between Yuki and Natsuki.

The second half of the show involves Haru’s real purpose for coming to earth. There is a mysterious sea monster that is, apparently, from his planet and he is tasked with attempting to fish it out of the ocean and return home with it. So Haru brings Yuki and Natsuki into his plan because of their fishing skills. At the same moment Duck, a secret organization that fights aliens, has been mobilized to try and take Haru down and use force to stop the monster in the ocean. This half of the show builds on and uses the bonds forged in the first half of the series.. There are some genuinely suspenseful moments during the climax of the series. The real fun of the second half is watching the ridiculously dressed “DUCK” operatives move in and take over Enoshima, evacuate the island, and then pursue Haru and the monster in the ocean. While the tone remains deathly serious the previously noted color scheme, turned a bit grayer due to an oncoming storm, and the duck shaped water right suits keep the whimsical tone of the show high even during some truly dark moments. 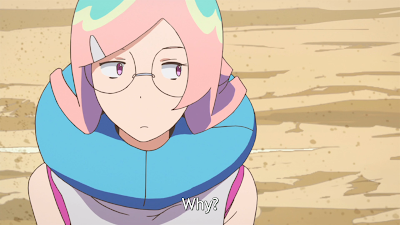 Tsuritama is an enjoyable, beautiful anime about the affect of friendship and how it can help through personal issues and life threatening events. Most of the characters are interesting enough to carry the series alone but the second half morphs into an above average epic science fiction monster anime. The character work built during the fishing scenes certainly aided in making the monster-movie pieces far more memorable and enjoyable because of how much genuine time the audience had spent with the characters. However, Haru remains a blot on an almost perfect ensemble of characters as he represents the generic, annoying fish out of water anime character. While the show represents some best-in-class character work, specifically because of the relationships built during the show and a monster-movie second half that balances both being hilarious and gripping, finding those elements behind the intolerable Haru is going to be tough even for the most seasoned of anime fans.