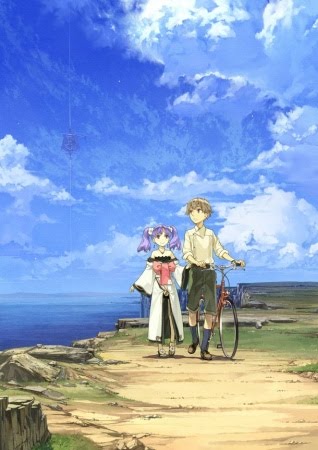 Blurring genre lines is one of my favorite aspects of Japanese animation. There doesn’t seem to a limit to the genre lines they’ll cross within a single show, the most common being the combination of Science Fiction and Fantasy. What we get in Fractale is a mash of maybe a dozen genres, too many to count, into a single story. But instead of the intersection points breeding interesting new ideas there is only cliché and self-reference. Fractale takes place in a far future Utopia governed by a massive data networked called Fractale. Clain, a young boy obsessed with obsolete technology, rescues a girl being pursued by terrorists. After meeting the girl Clain is tossed into an adventure that will lead him to unlock the dark secrets behind Fractale. 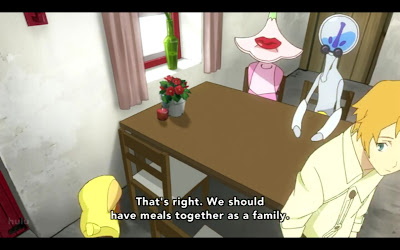 Fractale’s world is the strongest aspect of the show. The characters who live in Fractale are colorful, well designed avatars that can travel anywhere in the world connected by the Fractale network. Due to this ability people don’t stay in one place anymore but migrate around the country side. It is unfortunate that while Fractale is the name of the show we get to see little of the Utopian data network. Clain doesn’t use Fractale because he is a luddite obsessed with pre-fractale technology and he is tossed in with the rebels fairly early in the series which leaves almost no time spent in the wonderful world of Fractal. What little time is spent there is fantastic. It’s a world where anything is possible, where your avatar can be anything you want it to be, and the one extended sequence in a Fractale powered city was probably the most aesthetically pleasing part of the entire series.

Fractale, as an anime, feels like a jumble of genres and tropes glued together to form a single show. There is a lot to like about Fractale’s narrative and theme but it gets dragged down by clichés that I believe are brought on by Yutaka Yamamoto purposely wallowing in the tropes of the medium. In the first episode alone we get a protagonist who doesn’t fit in with the world, we get a beautiful girl who the protagonist saves, three bumbling villains, and an adorable little girl that the protagonist needs to take care of. Sure, this is happening in an interesting post-cyberpunk world but those elements have roots in anime going back to the 1980s. There is nothing interesting or original in the setup of the show. 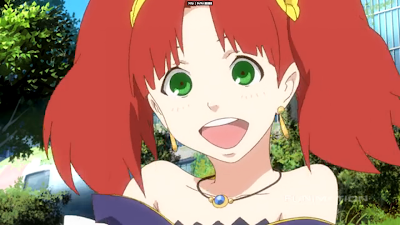 The characters are also subject to the same derivative problems. The protagonist falls in love with Phryne, the girl he saved, almost instantly and makes it his job to protect her. That becomes the single motivating factor for all his actions in the series. While that is an anime cliché there is some realism to it because of the way Clain has been living. Realistically, this is the first young girl that Clain has ever seen and there is probably an overwhelming fear that he might not see another woman in a long time living in the middle of nowhere and refusing to take advantage of Fractale. Even so, Clain is a bit of an anomaly because while the population of the planet doesn’t seem as large as it is today, there are children inhabiting the world of Fractale and Clain’s very existence implies that his problem is odd. So the explanation doesn’t really hold water except that Hiroki Azuma, original story creator, created a character that fit perfectly into that cliché without thinking about how the vast, network connected world’s effect on human relationships. What could have been an interesting narrative jumping point is squandered for a cheap cliché. 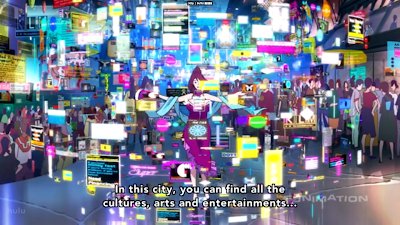 The key problem with Fractale is the show doesn’t know what it’s about. It spends time both praising and criticizing the hyper-connected world and although the people who are obsessed with Fractale are clearly portrayed negatively the anime doesn’t seem to approve of a world without Fractale either. The audience is never really given a clear view of the average Fractale user, with exception of Clain’s parents who seem to be kind; warm people that are as worried about their son just like any parent would be. They just aren’t physically present in the same meat space as Clain, but that never stops them from sitting down to a meal with their son. So while the author seemed to side with the anti-Fractale group I saw no real signs that Fractale itself was excessively harmful to the majority of humans.

Maybe that is the key to Fractale that is being missed because of the jumbled narrative. The main story is about a group of extreme luddites batting a group of extreme technophiles. It’s unfortunate that Yamamoto limits our view of this world to the two extremes because the vast majority of people live happy, normal lives under the rule of Fractale. The ending presses this point hard, and while I don’t want to ruin it, I felt that it was atonal for what was presented to the audience on screen. The result didn’t feel like it would come from two factions who went to war with each other. Rather than take the ending as a quick conclusion to the series I prefer to think of it as Yamamoto telling the audience that any extreme, perhaps, isn’t a good idea and definitely isn’t representative of the people as a whole. I’m probably giving Yamamoto too much credit considering that none of that was given to us in the actual narrative. 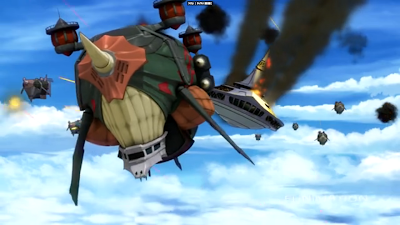 While Fractale offers an interesting world with some stunning animation the show is weighed down by anime cliché and Meta elements that give the show a patched together feeling. While it attempts to reach far and build an epic storyline, it fails to reach any new ground. Fractale isn’t awful, it is just a forgettable show and the community at large, including myself, has been harsher on Fractale because of the promise Yutaka Yamamoto gave to the audience. There is a quality series here, but it’s hidden under incompetent directing and no clear narrative vision.

One thought on “Review: Fractale”