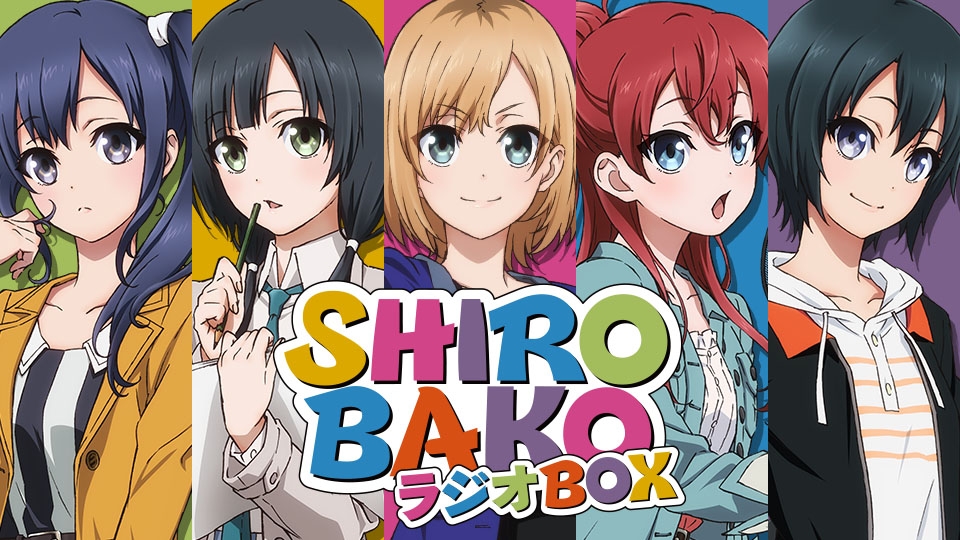 Self indulgence usually comes with a price: Alienating a large part of your audience is the minimum someone can expect from creating a piece of art that is about creating a piece of art. Of course, there are times when the work transcends that self indulgence, when the messages run far deeper than just what the show is about on a surface level. Shirobako has all the trappings of a self-indulgent walkthrough of the anime industry from the perspective of people who live and work in the Anime industry. But it goes beyond that and creates a compelling narrative that anyone can enjoy. There are points in the story that are self-referential fan service, where actual anime creators cameo as helpful guides to our fictional heroes, but the show leaves enough context clues that even uninitiated anime fans can piece together what is happening and at the same time those who get the references enjoy the work that much more. It’s a delicate balance to maintain, but Shirobako handles it in stride.

The tone of the show is set during the very first scene. Our hero Aoi Miyamori is working late collecting key frames from the animators she has recruited to work on Exodus, the first original anime her company Musashino Animation has done in a long time after their recent history of spotty work. Aoi is sitting in her car at a red light listening to a radio show where the hosts are discussing the current state of the Anime industry. The hosts wonder how so many shows are being made every season and conclude that they are indeed in a bubble.

This opening scene establishes the tone of the show moving forward. The anime industry is bloated and unsustainable. There are not enough key animators and episode directors to go around. The constant fear of failure weights heavy on our heroes at every step along the way. As the show goes on Aoi is forced to confront these realities and deal with them as they impact her projects. This is highlighted during the second half of the show when one of the Production assistants recommend a company which ultimately fails to deliver Key Animation that passes the quality checks. Aoi has to make up for their shortcomings by finding a new Episode Director in order to oversee the outsourced work and make sure the work they produce is usable. An attempt to outsource a faction of the work and take some burden off of Musashino staff created new problems that exposed the talent and labor shortage that plagues the anime industry. This constant battle Aoi and her colleges have to deal with creates interesting drama and exposes a real problem that the people creating Shirobako have to deal with, but at the same time the tone of some of the drama at times feels a little bit like an excuse. Even when everything is going well and they have a clear plan ahead, things go wrong that production can not control simply because the creative talent to execute the vision of the show just doesn’t exist.

This problem of talent comes in full force during the first climax of the show, wrapping up the first half, where the final episode of Exodus is in trouble of failing to meet the deadline because none of the young animators believe they have the ability to draw the complicated and heavy scenes featured in the finale. Aoi ends up running around the city seeking outside help before learning the the solution was right in front of her. The scene reveals a duel bias in the animation industry. There are young, talented animators who work in modern art styles that lack some of the basics of animation and there are skilled older animators who get ignored because they are not equipped to animate in the modern moe style. The result of the rush to complete the final episode of Exodus reveals this flaw in the younger animators skills and they humbly request to learn from the experience of the previous generation of animators who entered the industry with a mastery of the basics of art and animation, not just a love of the cartoons they grew up with.

The core of the narrative involves Aoi and her five friends. During school they were in a club that created an original piece of animation. This process involved all of them working together in all aspects of animation to create the work. The experiences set them up for their own individual careers in animation that Shirobako can showcase by giving each character their own arcs and focus on individualized episodes. Following these characters the audience gets a look at how the animation industry looks in the fields of Production, Key Animation, Voice Acting, CG Animation, and script or scenario writing. It’s a nice technique that while the older, established people in those positions also get time and their own small arcs the entry level experience is showcased by these main characters whose goals are all tied to Aoi and the main themes of the show.

Shirobako excels and its ability to create a compelling drama. Every episode our heroes face a new disaster, some self inflicted like the aforementioned outsourcing debacle, and others against their control like the author of an original work suddenly rejecting all the work that had already been done. While those great disasters kept my interest the individual character pieces are what kept me invested in all the moving pieces of the show as they slowly converged. The show gives the audience small glimpses into each of the fields that the main girls want to go into before easing the characters into those roles. So the audience knows a bit about how voice recording or CG animation works before the characters start their own journey into their careers. That structure heightens the tension because the audience already knows what the struggles of experienced people are, then we get to see the entry level people fight the uphill battle of trying to reach those positions where they will continue to struggle while each new project challenges them in interesting ways.

Shirobako takes slow steps establishing the elements of animation and then allows the main cast of five girls to tackle those issues. The prior knowledge of those challenges pulls the audience into the world of animation as an expert. It allows us to cheer on our main characters with some level of knowledge of what is required for them to succeed. In the end, Shirobako presents us with an imperfect picture of an imperfect world. During the show Aoi starts to ask her colleagues why they want to work in the Animation industry and each of them gives different answers to the question that shows off a piece of their personality. Aoi doesn’t have a clear answer to the question and the rest of the show is her attempting to answer the question and the answer she finds sums up the show beautifully as she proclaims her pride of being able to bring hundreds of people together to create Anime that people love.

That feeling from Aoi is deep seeded throughout the show. It feels like an idea that wasn’t just dropped on the audience at the end of the show but rooted in the first episode and spread throughout the show as a truth. The people who continue to work in the animation industry do so because they are in love with the animation industry. The people who created Shirobako are expressing their gratitude for allowing them to create work and thanking the audience for continuing to love the work they create. It also acknowledges that the anime industry is not for everyone and presents no ill will to people who hit a roadblock and decided that the industry was not for them. For that reason Shirobako is less an anime fan’s anime and more of an anime for any type of creative person. No matter what the creative pursuit; Art, computer graphics, sound design, acting, and any of the other hundred jobs that go into making a successful anime it comes with a strong pride that you were a piece of creating something greater than your individual contribution and you should have pride in the fact that what you have created will be loved by someone.