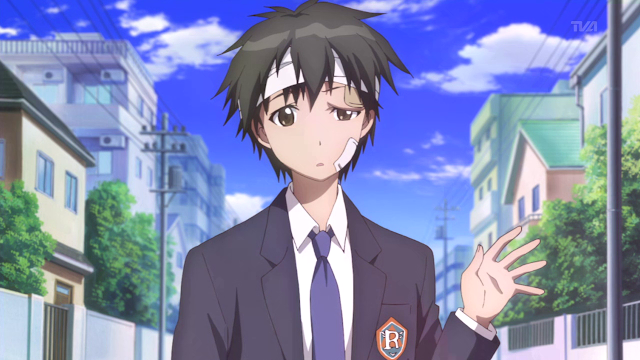 Saito goes to a boarding school that supplies only one meal a day and due to his tight budget he can barely afford to eat. Attempting to take advantage of some half-price Bento boxes he gets attacked and blacks out. It turns out the super market erupts into a brawl when the half price stickers hit the bento boxes. The fight is dominated by the Ice Witch, who always seems to come out on top. Saito befriends timid Oshiroi and they go to the brawls together until The Ice Witch takes pity on Saito and invites him to join the Half Price food lovers club. 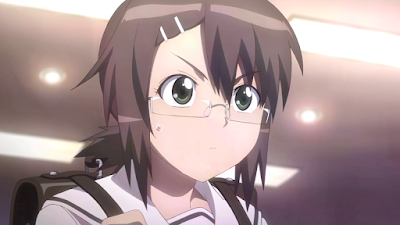 The only thing that stands out in this show is the concept. Having to fight over getting half-priced Bento and it being loosely organized by the participants is a fantastic basis for a show. Unfortunately everything around the show is average. The animation is average, all the character designs are typical generic Moe, and the music is forgettable.

However the structure of the episode does carry all these shortfalls through. It’s built in a way to reveal of the shows concept. It starts off with Saito blacking out and he has to figure out what happened the night before that caused it. In the course of attempting to figure it out he jumps at some half priced Bento and suddenly remembers what happened. The next time Saito returns we’re treated a brawl in it’s entirety which features some interesting camera work, mostly for fan service, and are quickly introduced to a group of characters have some serious potential to be interesting. The Ice Queen herself is a mystery, she seems like a typical unsociable, quiet type modeled after Yuki Nagato but even that hasn’t been established yet. 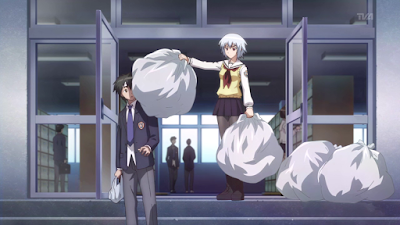 While the production of Ben-to is middle of the road all the way through this first episode was fun. Now that the reveal is over and the show has to fall back on its characters, I doubt it’ll decide to fall back on its action, it’s a mystery. There was pretty much zero characterization in the first episode so it seems that Ben-to has probably been cutoff at the knees before it had a chance. Definitely want to see where they go with this concept but my hopes aren’t high.

One thought on “First Impressions: Ben-to”